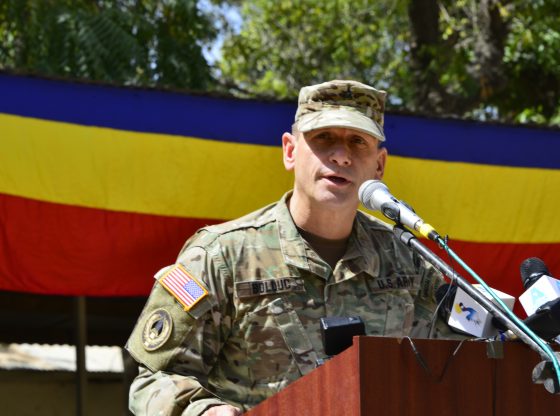 Before stepping on the debate stage to take on Democrat Sen. Maggie Hassan of New Hampshire, GOP nominee Gen. Don Bolduc dodged a punch from a would-be assailant. Bolduc, a retired Army brigadier general, was reportedly not harmed while the failed assailant was arrested. After the debate, Bolduc thanked law enforcement for the swift response. Hassan also responded.

“As the general said on stage tonight, it’s time to lower the temperature of the political discourse in this country. Prior to the debate, an individual in the crowd gathered outside attempted to punch the general and was quickly apprehended and arrested,” a Bolduc campaign spokesperson told Boston 25 News.

Kevin Donohoe, Hassan’s campaign communications director, said Wednesday that the assailant was a “Libertarian Party activist,” and he condemned the incident.

“Disgusting behavior. We saw this same libertarian party activist get aggressive with our campaign volunteers at this debate and the last,” Donohoe wrote on Twitter.

The debate between Bolduc and Hassan on Wednesday was the third and final one before the Nov. 8 election. Hassan leads Bolduc by 1 percentage point, according to a RealClearPolitics average of polls.

Bolduc held his own in the debate despite the attempted attack, railing hard against Democrats’ agenda to raise taxes and exacerbate already high inflation. “Two years ago, you were NOT making choices between heating and eating,” the General said.

CLOSING STATEMENT from @GenDonBolduc: “You have to ask yourselves, Granite Staters, are you better off today than you were two years ago?”

“Two years ago, you were NOT making choices between heating and eating.” #NHSen pic.twitter.com/37OtJYWWNR

Let me be the first to say… that that idiot who tried to assault the General does NOT speak for all of us Libertarians. I’m pretty sure I speak for the supreme majority of the party in condemning this nasty attack on the General. I may not agree with everything that either candidate says, but I’ll defend to the death both of their rights to say them.