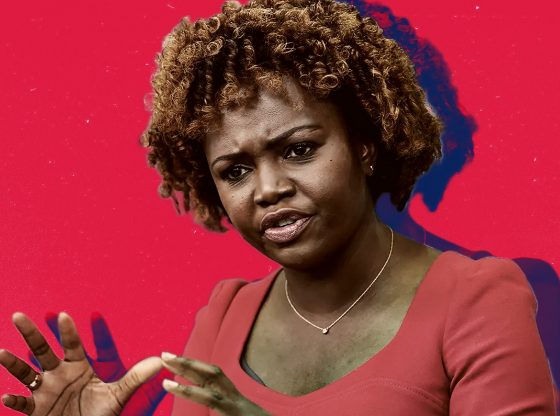 On over 30 occasions, White House Press Secretary Karine Jean-Pierre has avoided questions by using the Hatch Act as a convenient method of staying quiet about certain matters.

The Hatch Act is a U.S. federal law that was enacted in 1939. It is named after its sponsor, Senator Carl Hatch of New Mexico. The law was designed to reduce the potential for corruption in the federal government by limiting the political activities of certain federal employees.

The Hatch Act prohibits federal employees from engaging in certain types of political activity while on duty, while wearing an official uniform, or while using government property. There are some exceptions to the Hatch Act for certain categories of employees, such as those in the foreign service and intelligence agencies. Typically, the sitting U.S. President as well the current Vice President is considered exempt from the Hatch Act, however, whether or not a White House Press Secretary is exempt from the Hatch Act is still up for debate, as Karine Jean-Pierre was appointed by President Biden, and serves a role in communicating about his office.

JEAN-PIERRE: "I'm limited on what I can say."

KJP is using the Hatch Act as a shield. pic.twitter.com/PF1Ms91LoU

“As you know, I’m covered by the Hatch Act” is a phrase many in the White House Briefing Room are used to hearing from White House press secretary Karine Jean-Pierre. In fact, Jean-Pierre has invoked the Hatch Act on 33 occasions at the podium since September.

The Hatch Act, a New Deal-era federal law, prohibits government employees from engaging in political activities or promoting a political campaign — the president and vice president are notably exempted.

Some White House reporters have expressed frustration with the press secretary’s frequent use of the Hatch Act, accusing Jean-Pierre of misusing the law in order to evade tough questions, according to a recent Politico report.

The White House has been involved in other Hatch Act controversies in the past, including Jean-Pierre’s use of “Ultra MAGA” and multiple other nicknames encompassing “MAGA,” which is considered to show a blatant political bias. Along with this, Jean-Pierre’s predecessor, Jen Psaki has been at the center of her own Hatch Act controversy when she appeared to endorse former Virginia Gov. Terry McAuliffe in his gubernatorial race in October 2021.