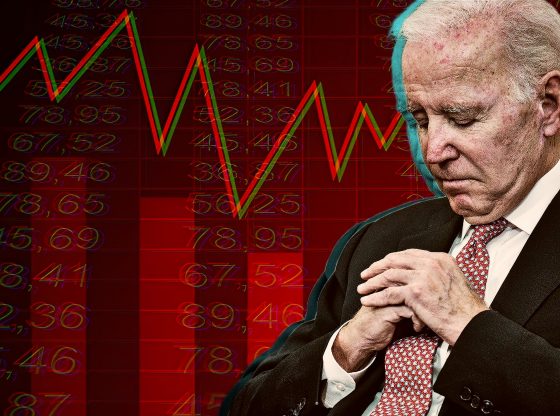 According to multiple polls, the various economists surveyed tended to believe that the U.S. is heading toward a recession in 2023. While there is no agreed-upon consensus among all economists, the economy has been trending in a suspicious direction throughout the previous few years, especially after the peak of the COVID-19 pandemic.

Following the COVID-19 pandemic, the Biden Administration printed large amounts of the federal notes currently in circulation, amassing a fifth of all of the United States currency in total. This is estimated to not only hurt the value of the U.S. dollar, but also decimate the saving of Americans. This comes at a time when the U.S. is over $30 trillion in debt, and has no clear method of paying off this large debt.

Roughly 70% of economists surveyed by Bloomberg last month said that the United States would witness a recession this year. Respondents predicted that gross domestic product would show flat readings in the first and third quarters, as well as an annualized decline of 0.7% in the second quarter. They project year-over-year inflation, as measured by the Personal Consumption Expenditures Price Index, to approach 3% in the fourth quarter as the Federal Reserve hikes the target federal funds rate, a reality that will also produce 4.9% unemployment.

Another poll of professional economic forecasters from the National Association for Business Economics showed that most respondents say recessionary risks have surpassed 50% amid slower economic growth, higher inflation, and a lackluster labor market. “Panelists expect job growth will slow over the first three quarters of 2023 but remain positive,” Conference Board Chief Economist Dana Peterson said in a statement.

Beyond the United States, a study from the World Bank likewise predicts that contractionary monetary policy in leading developed countries heightens the risk of a global recession.

Currently, the United States is spending as if the government has money to burn, however, that’s far from the case. Multiple cities around the U.S. are decrepit in decent decades, and have chosen to embrace their homelessness and drug abuse rather than fight it and improve the lives of its citizens. The U.S. Congress and Senate appear to be in a race to see who can write a larger blank check to a foreign nation at a time when New York City and multiple other major cities throughout the United States are battling record levels of homelessness, drug overdoses, and crime. This is all occurring at a time when the average American’s savings accounts are being decimated by inflation. While economists aren’t sure whether or not the United States is expected to see a recession in 2023, the threat certainly isn’t off the table.