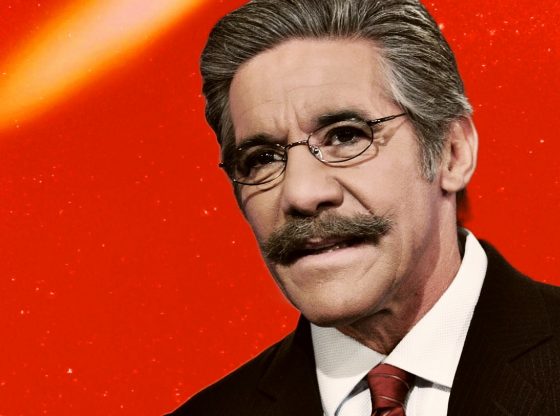 After Biden appears to have, for the third time, threatened Americans with F-15 fighter jets, Geraldo Rivera went onto Fox News’s “The Five” to make his less than fully formed thoughts be known. While Biden repeated phrase that you’d need an F-15, not an AR-15, is troubling enough, some Republicans such as Rivera are actually choosing to side with Biden and the Democrats.

BREAKING: Biden once again scoffs at the 2nd amendment, threatens Americans with F-15’s if they rise up pic.twitter.com/mKSqRNrbTR

Biden, the Democrats, and the media are doing what they’ve done for years – whenever they’re in a tight spot, they look toward conversations around gun control. This time, the reason is Biden’s classified document situation and how the witchhunt against Trump blew up in their faces.

While appearing on The Five, Rivera made an argument as to why AR-15s would be banned, then, is corrected after saying that the “AR” is AR-15 stands for “Assault Rifle.” Rivera, despite calling himself a Republican, appeared to in part defend Biden. While Rivera did not defend Biden’s comments on F-15s, he did choose to back up Biden and the Democrats on their views on gun control.

How embarrassing. Geraldo Rivera doesn't even know what the 'AR' in AR-15 stands for.

Why does Fox News continue to employ him? pic.twitter.com/h2SDaNBown

Of course, the name of the AR-15 is not “Assault Rifle 15,” it’s “ArmaLite Rifle.” However, it’s a common misconception that people have, and typically, the people who want to ban these guns so badly are the same ones who struggle to remember its name.

Rivera fits into that category, as he has made his thoughts known multiple times throughout the past that he is not a fan of citizens owning semi-automatic rifles. Throughout the past, Rivera has appeared on television discussing his political views in regard to gun control, and he has also taken to his Twitter account to let his views be known.

gun control is like abortion, no one’s mind gets changed by debate. I believe law abiding adults have a rebuttable right to keep & bear arms. But I also believe the Constitution does not grant right to bear assault weapons designed strictly for killing. Parkland will happen again

GOP Reactions To Biden Scandals
Is Donald Trump About To Return To Social Media?