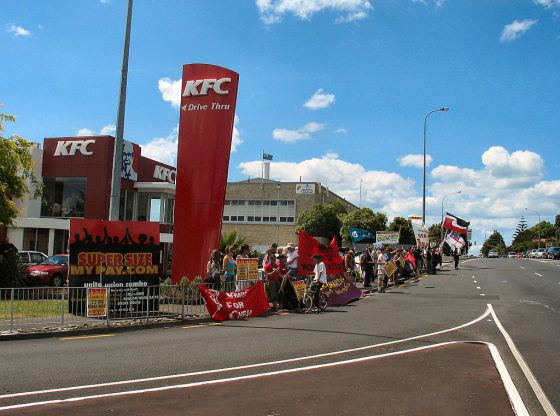 NEW YORK — President Joseph R. Biden, Jr. and other Leftists reassure Americans that hiking the federal minimum wage from $7.25 to $15 per hour will rescue laborers from destitution.

Alas, as Monty Python once put it, there’s just one teensy problemette: Someone actually has to pay this money to wage earners.

Employers already are struggling under COVID-19 lockdowns and economic slowdowns. Many barely can pay the few employees whom they have not dismissed already. Biden and his fellow Democrats would squeeze them even further.

The last thing America’s business owners need is for Uncle Sam to ride them any harder than they already are getting ridden by Democrat economic powerhouses such as, respectively, governors Gavin Newsom and Andrew Cuomo of California and New York and mayors Eric Garcetti and Bill de Blasio of Los Angeles and New York City.

Some employers, now pushed to the edge, simply will fire workers. The Congressional Budget Office recently forecast that a $15 minimum wage would kill some 1.4 million jobs. That’s akin to everyone in San Diego suddenly getting laid off and wondering how to pay for dinner.

Other employers will keep their staffers in place. However, they simply will reduce their work schedules to flatten labor costs. Someone who makes $10 per hour and earns $400 per week might be excited about the prospect of a 50 percent wage boost. But if her boss says, “Janet, we’re cutting you to 26.6 hours per week,” then making $399 weekly starts to look less appetizing.

Employers already have used this strategy to limit the economic damage that local deep thinkers have tried to foist on them in San Francisco, Seattle, and other centers of Democrat urbanicide.

If anyone should root for Job-killer Joe’s proposal, it’s the International Brotherhood of Robots. The $15 minimum wage will be the biggest step forward in automation since the ATM reduced the need for pesky bank tellers.

As Biden and his Leftist pals increase the cost of labor, they will make robots and automation relatively more affordable and appealing.

Such pieces of capital equipment do not get paid. Machines don’t demand wage increases. Robots don’t strike. They never call in sick. They neither show up with hangovers nor step away for smoke breaks. They don’t spend hours texting their friends, watching doggie videos on their smart phones, or flirting with customers and colleagues, which could trigger sexual-harassment lawsuits.

Money aside, these already are appealing reasons to replace cashiers with self-pay checkout devices and substitute waiters with touch-screen food-ordering computer tablets. A fat, federal wage hike could clinch this deal for many employers.

And why stop at $15 per hour? Congressman Ro Khanna (D – California) wants a $23-per-hour minimum wage. That’s such an odd number. Why not make it a smooth $25?

But why stop there?

A $100-per-hour minimum wage would give every U.S. worker at least $208,000 annually. Just think of the possibilities!

If Democrats really want to see wages rise, even to $15-per-hour or beyond, they should learn from Republicans.

Under the Trump/GOP Tax Cuts and Jobs Act, numerous employers shared their tax savings with employees.

Americans for Tax Reform reports that at least 45 employers hiked their minimum wages to $15 per hour, including major job creators such as Charter Communications, JP Morgan Chase, and Met Life.

Cigna and at least two other enterprises hiked hourly wages to $16 — all without government mandates.

If Biden and the Democrats really want to put more money in American workers’ pockets, they should lower their bosses’ taxes.

If the business has to let people go or shut down because of this, is it good for these workers? The ones who call out every week, come in late, refuse to do what manager asks, may be gone quicker than before, thank goodness ,but those left will.have to do 2-3 times the work. Do they realize this? To cover this are we willing to pay $15.00 a hamburger?