Republicans are determined to win back the House of Representatives next year and have already hit the ground running. The House Republicans’ campaign finance arm is already planning ad blitzes and has updated its list of reportedly weak Democrats they believe they can flip red next year.

House Republicans’ campaign arm announced a new wave of targeted seats that are currently held by Democrats that could be flipped in the 2022 midterm elections. The National Republican Congressional Committee (NRCC) added 10 new targets to the 47-seat list of vulnerable Democrat incumbents, as Republicans are well-positioned to take back the House majority.

The Democrats already have a historically slim majority in the House which sets up Republicans to easily win back their majority. Republicans also are set to win a runoff special election in Texas later this year.

These 7 States Will Decide…

Funny, the only threat we have is Trump.

Get used to it, we’re gonna kick your behind.
And then…..slow joe will be stopped at every turn.

Why dont you go play kissy-kissy with Biden and had him all your money while illegal aliens take your job.

No you and your gang are the threats. Too ignorant
to get it. If you don’t like our country get the fk out👿

It will not allow me to give you a thumbs up. I wonder why. Anyway, thumbs up, your right on the money!

NO…. it is the Democrats that are Destroying this Great Country of our….

And there you go again! If you aren’t running your tongue, you are slipping on it. Like attention, don’t you!

Off cause, he the only threat to people like you & Corrupted Crooked Communist Socialist Pedophiles DEMOCRAT, He the only American’s president PUT AMERICAN 1st, you guy a bund of TRAITOR whose SOLD OUT AMERICA FOR MONEY & POWER, disgusting how your guy took the WH, your guy playing all the low dirty tricks & AMERICAN see through all that, do not think you guy won yet, AMERICAN people will slowly but surely fighting back, we American alway do things by the rules & the law WILL SEE

Mary Jane is spot on. All of these socialist need to see how these socialist live in socialist countries. England is gaining its identity after Brexit. Our wonderful President Trump was for America first. He wasn’t a one world government person. He saw how China acted with their PPE when they realized how bad the virus was. They kept the good PPE and sold the stuff that didn’t meet standards.

My wish is that corrupt slime will never get up again.

Yes Trump is a treat to you and your kind.

HAPPY MOTHER’S DAY TO ALL YOU BEAUTIFUL MOMS OUT THERE!
ENJOY YOUR DAY!

Thank you so much, Nine !!! That was a sweet thing to put in here with all the vile things they say about THE BEST PRESIDENT the USA has ever had !!! Hope you had a wonderful Mom’s Day as well !!! 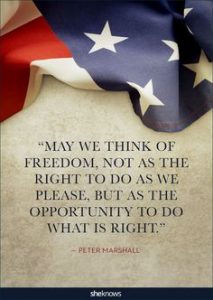 Good to have plans. Now, if the Republicans can get off their lazy behinds and WORK, maybe the plan will get realized.

Everything with (D) after it should be targeted…..literally
LOCK AND LOAD.

Notice how many of these seats are in California and New York. These two Blue states have more stupid people in them then the other 48 states combined.

Remember California is trying to unload our “better than thee” governor Newsom.

Whether your area is red or blue or purple, the worst thing we, as voters, can do is be complacent. Your local elections are as, if not more, important than those at the federal level. Local judges and prosecutors determine if lawbreakers are charged according to the severity of their crimes, or if they’re just slapped on the wrist and turned loose. Depending on your local laws your election officials may be elected or may be appointed by elected officials. They are the ones who control how your local elections are run. Learn which is the case in your area, then learn about the officials you will elect who make that determination. Study who your state House and Senate candidates are as well as your representatives to the U.S. House and Senate. Find out who are the majority donors to their campaigns and where they stand on issues important to you. O-pensec-rets is an excellent source for finding out how much was spent by campaigns in the previous election cycle.
Most important-Get Out and VOTE.