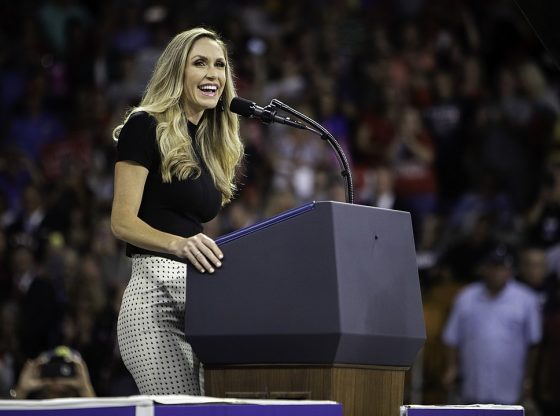 “They can say that the border is closed. I can also say I’m a sparkly unicorn,” Trump told “Fox & Friends.”

“And I think anyone that paid attention and they were all paying attention, people who had the plans to come here illegally, the entire campaign, if you saw Joe Biden, if you saw Kamala Harris, they both individually and together indicated if you wanted to come to America illegally, now was the time to do it under their watch,” Trump said.

Recently, Mayorkas doubled down claims the border is closed to Rep. Fleischmann after he noted that immigrants are flooding the border because there is no accountability for illegally crossing.

“No, it’s not,” Mayorkas replied. “The president could not have been clearer in his articulation of this administration’s position nor could I have been clearer and continue to be so, which is the border is closed and this administration administers and enforces the laws of the United States of America — and that is not only the laws of accountability but also the humanitarian laws that Congress passed years ago.”

You finally started charging your wives gfs to swallow them .

if there was real justice, we would get an investigation to see what the corrupt evil federal government is covering up in the openly witnessed rigged elections. Open borders is nullification of immigration law and nullification of federal law is treason, an act of treason by the illegal federal government to get more illegal voters at everyone else expense. We ar3 denied a fair federal investigation or court hearing into the rigged elections, but democrats want to continue endless investigations against politics enemies at our expense. They want another January 6 investigation and are pissed they did not get one, now seeking new tactics. Give us an investigation into the rigged elections so we can arrest and punish democrats for open acts of treason ignored and covered up by corrupt Dept of injustices and their FBI goon leadership. Democrats thrust for power illegally is eventually cause the nation see demands for succession from the democratic Communist party dictatorship. We were once a free people before the rigged elections.

Trump handed over all policies, domestic and foreign, that were helping keep America strong on the world stage, plus here at home. The Democrats are so arrogant, that just because Trump had it right they will give him no kudo’s. Just because he was right, they can cook nor swallow crow admitting it. They would rather destroy our position in the free world, and our economy here at home, than admit they don’t have a clue about being able to govern. When is Hunter going to disassociate himself from China and many other foreign governments? Beijing Biden is still getting paid and owned by the Communist China Republic. I still wonder where are the 81 million supposed voted for Communist Joe?

The border is closed, but folks are still coming through it illegally, and that’s ok.
Joe Xiden

This whole mess that Biden has caused at the border is ripe for an impeachment of his office as President . It’s either that or someone needs to kill the f-ing idiot. I don’t Care any more about we aren’t supposed to say that. He is a real threat to me , you , my grandchildren and yours

If this ruination of our country and our democracy is not the plan of the democrats, do you not think that at least some dems would be speaking up against it? I sure think at least some would. Nope, no one says a word. Therefore I can only conclude that the democratic party wants to destroy our country, our economy, our freedoms, and our Constitution. Let’s call a spade a spade. As my mom used to say, “if it walks like a duck, sounds like a duck, and looks like a duck, IT’S A DUCK!” We must pray and support our Constitution if we want our children and grandchildren to live free. This nation was founded UNDER GOD and I trust our God will Bless our country.