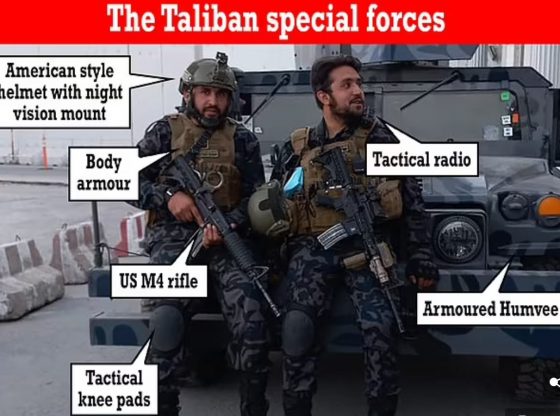 From the Democrat Party, with love: Members of the Taliban's new Special Badri 313 Force pose with taxpayer-funded US weapons that Joe Biden left behind as a parting gift -- August 19, 2021. Photo via Twitter - @NatSecJeff and @devokidev
| By: Deroy Murdock| Administration,Media,Military,Opinion | 661 | 0 comments
Advertisement
Pro-Trump Group Needs Your Help to Hold Biden Accountable [TIME IS RUNNING OUT]

NASHVILLE — For better or worse, former President George W. Bush will be remembered for a program called No Child Left Behind.

For worse, and worse alone, President Joe Biden will go down in history as the architect of Every Weapon Left Behind.

While scrambling wildly out of Afghanistan, Biden bequeathed to America’s enemies the Arsenal of Anti-Democracy. Atop seizing Afghanistan in a veritable coup d’état, the Taliban inherited a staggering array of war supplies. The grimy, dusty terrorist scum who hosted Osama bin Laden have become a formidable regional power. And they have Joe Biden to thank.

Biden’s generosity blessed the Taliban with a cornucopia of weapons. This bonanza is jaw-dropping for its assortment and abundance. These armaments were shipped from the U.S. to Afghanistan starting in fall 2001. According to estimates in The Times (UK), the BBC, and The U.S. Sun, this haul includes: 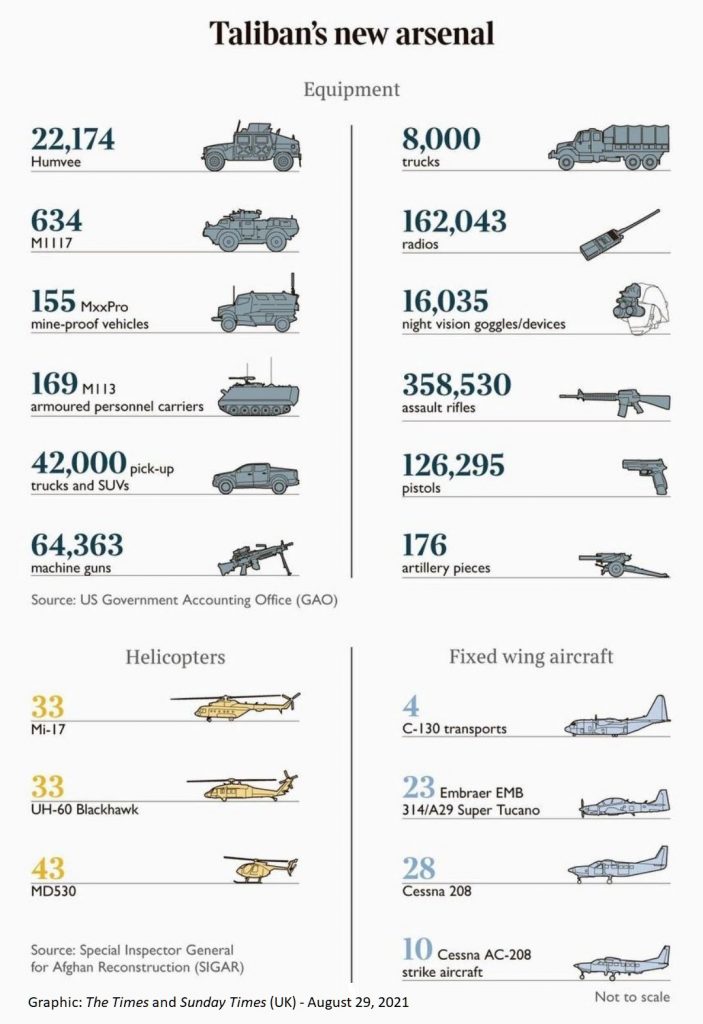 Read the rest of Deroy Murdock’s article at Townhall.