YouTube Bans Conservative Comedian For Rest of The Year

Home /Media/YouTube Bans Conservative Comedian For Rest of The Year

YouTube Bans Conservative Comedian For Rest of The Year 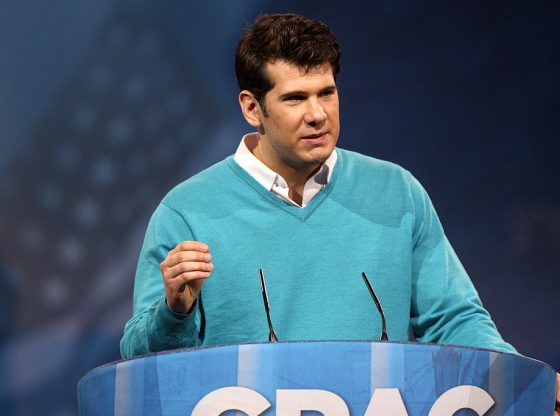 Video-sharing giant YouTube has officially banned conservative comedian Steven Crowder for the remainder of the year claiming he violated the platform’s policy on hate speech.

Aside from a very general indication that he somehow violated a “hate speech” clause, Crowder and his team were not told specifically what triggered the ban.

Announcing their ban this week, Crowder’s team criticized YouTube for not informing them of when the “catchall” “hate speech” policy was supposedly violated, mocking that they can’t read the CEO’s mind.

“Somebody gets offended: ‘hate speech,’” the team mocked, adding,  “How about, if you’re tying to improve the environment, you help us understand where we went wrong.”

Big Tech giants like YouTube, Twitter, and Facebook have come under stricter scrutiny from conservatives, especially after banning former President Trump. Many have accused Big Tech of being inherently biased against conservative users while more liberal accounts

I heard about and I’ve made such great money. It’s really user friendly and I’m just so happy that I found out about it. The potential with this is endless.
Here’s what I do… GoogleJoin1.blogspot.com

Blaze TV has an audience 1% the size of of You Tube.
BFD

The little Nazis need to be slapped around some.

What would be nice is to show the actual video of the “offense”.

After the midterms, payback is going to be bitch.

You Tube is an investor owned company.
The investors decide who You Tube publishes.

I wasn’t asked to vote on yea or nay. It wasn’t the investors, it was the CEO (who may also be an investor).

And they all suck each others cocks!

Crowder must be doing something right. LOL if they ban you it’s because you are correct and they are afraid of what is the truth. Just as “The truth shall set you free” scares the hell out of would be despots.

The tyrants are at it again.