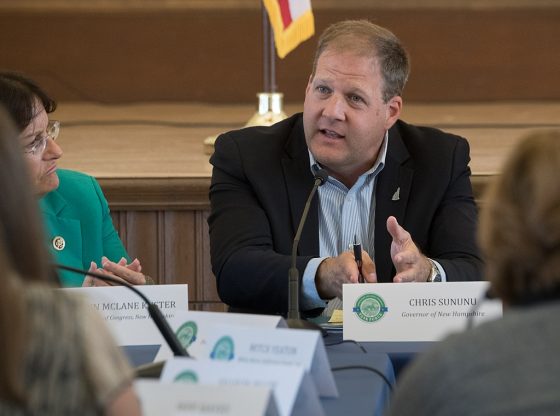 New Hampshire Governor Chris Sununu has found himself in Donald Trump’s crosshairs yet again, but this time it’s serious. Trump has reportedly employed the help of former advisor Corey Lewandowski to help him get Gov. Sununu out of the Governor’s mansion.

According to a report from NH Journal:

“When we spoke earlier in the day, you told me that [President Trump] assigned you a couple of duties and one is in your home state of New Hampshire,” Carr said to Lewandowski. “What’s your assignment for President Trump in New Hampshire?”

“The president is very unhappy with the chief executive officer of the state of New Hampshire, Chris Sununu,” Lewandowski replied. “And Sununu, in the president’s estimation, is someone who’s never been loyal to him. And the president said it would be really great if somebody would run against Chris Sununu.”

“One is making sure we’ve got a great candidate in U.S. Senate race who can beat Maggie Hassan, another failed, hack, Washington, DC politician who never delivered. And the second is potentially finding someone to run against Chris Sununu, to make sure they understand that the ‘America First’ agenda is more than just a saying. It’s actually about putting people first and listening to what constituents have to say,” Lewandowski said.

Lewandowski’s comments about Trump are surprising because the longtime Trump aide was suddenly removed from Trump’s inner circle after allegations that Lewandowski sexually harassed the wife of a wealthy Republican donor began to circulate. Lewandowski said claims of his exile were premature.

Per The Washington Examiner:

“I know I spoke to [Trump] Sunday. I spoke to him Monday,” Lewandowski told Carr. “It hasn’t been reported, Howie, because I’m not the guy who runs to the media every time I have a conversation with Donald Trump, but I was at Mar-a-Lago with the president a couple of weeks ago.”