Poll: Colorado Dems Are in Trouble

Poll: Colorado Dems Are in Trouble 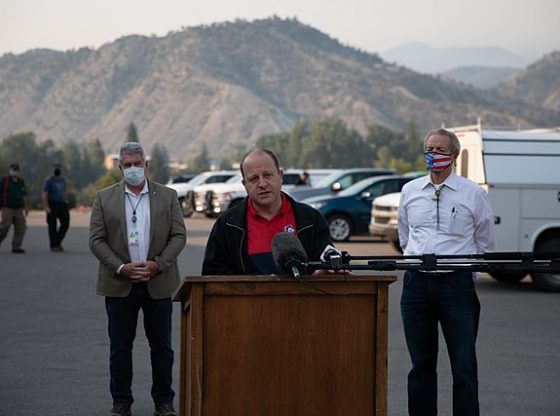 Today Governor Jared Polis and Bureau of Land Management, Director William Perry Pendley visited the #GrizzlyCreekFire today. The Great Basin Team 1 briefed to share the latest updates on the fire and the strategy for moving forward. A small group of cooperating agencies and partners were also in attendance. Via Wikimedia Commons.
| By: TTN Staff| Politics | 5518 | 6 comments
Advertisement
HELP This Republican Rockstar Save LIBERTY [Click Here to ACT]

The Trafalgar poll, conducted last week, showed that 47.4 percent would vote for Bennet, giving him a roughly six-point advantage over his Republican challenger Joe O’Dea.

Republicans are hammering Bennet — a once failed presidential candidate who votes with President Joe Biden 98 percent of the time — for having no significant legislative accomplishments or areas of expertise in the Senate. At the same time, O’Dea marked himself as a self-made entrepreneur whose successful construction company will manage the Colorado River Headwaters Connectivity Project.

In fact, O’Dea jokingly attacked Bennet yesterday as the senator actually appeared at the ribbon cutting for the new project with equipment from O’Dea’s company surrounding him.

Republican Cory Gardner was the best Senator Colorado ever had. Gardner wrote the Great American Outdoors Act, with dedicated funding for national parks. He brought the headquarters for the Bureau of Land Management to Colorado. Amazing achievements. And Colorado voters didn’t care. So now they’ve got Lazy, Broken down, Paralyzed Hickenlooper and Bennett. Useless and completely void of innovative policy ideas. I would say Colorado got what it deserves.

Gardner was “beaten” by the Dim/Commies cheating. Hickenlooper couldn’t win any other way.

I know this is off subject, but I am going to scream if I can’t get it out. I am so sick of seeing the press secretary smugly talk about how bad the previous administration was and lie about what the tax cuts and what they did or didn’t do. I guess they can’t run on their own accomplishments, because there are none, so they bash Trump.
On topic, Colorado needs a good Republican running it.

Is The Turtle going to cut off O’Dea’s money like he did to the black veteran who was running 12 (?) years ago?