90 Pastors Stand Strong Together Against THIS

Home /Politics/90 Pastors Stand Strong Together Against THIS

90 Pastors Stand Strong Together Against THIS 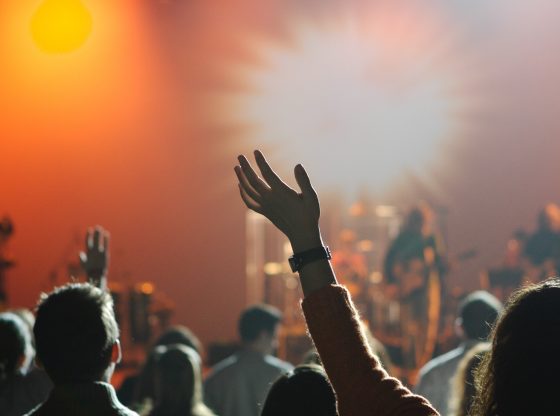 A coalition of more than 90 American pastors from different denominations has declared they will “never again” close down their churches via government order.

Taking up a biblical rallying cry from Acts 5:29, these clergyman say, “We must obey God rather than men,” and have signed on to a statement declaring that the government violated the U.S. Constitution by ordering churches to cease meeting during the COVID-19 pandemic.

“The purpose of the document is to provide a muster point for clergy,” said Pastor Stephen Mannion of Faith United Methodist Church in Lancaster, New York. “The ‘Acts 5:29 Statement’ declares to the government: ‘Don’t try to close the Church again. It won’t go so well next time.'”

Churches and other houses of worship were forced to shut down in early 2020 when government-issued “stay at home” orders required “non-essential” public places to close. While some religious organizations objected at the time, citing First Amendment concerns, the U.S. Supreme Court in May 2020 declined to take up their cases and permitted lockdown orders to remain in effect.

As a result of government restrictions, many church leaders had to innovate and embraced technology to deliver live-streamed worship services over the internet. But in-person Bible studies, small groups, counseling services, Alcoholics and Narcotics Anonymous meetings, and a multitude of other Christian ministries suspended their activities. Many Christians contend that suspending these services came at a great cost. Deaths associated with alcohol, drugs, and suicide spiked 20% in 2020, claiming the lives of more than 186,000 Americans.

“Bodily autonomy and parental rights [were] often stripped away, livelihoods were lost, dedicated service men and women where forced to retire or be cut from our armed forces, students were robbed of an education, and all for an [infection fatality ratio] of much less than 1%,” Mannion said to The Blaze.

Years ago, when churches had to lock front doors because of theft, I resented it. Still do. Closing churches for just about any reason I can think of is wrong. Sends bad signals .

Go ahead and spread the germs. Does that make sense????

What makes sense is to trust in God….he is our protector. The church needs to take a stand for what they believe and what Jesus teaches His people. Believers need to keep the faith and believe in prayer against the enemy, which was those who used the virus as a way to control all of us and our children.

The plan’d Scamdemic/de·pop setup was a powerplay to see how far “THEY” could push esp U.S. + ALL Christian Western Civ. nations…!!!

This gave impetous for Extreme·Lefist Governors/Mayors/ institutions/ corporations/ bureaucRats + PM’s to set up levels of tyranny not seen in modern times…which they Gladly DID = esp over those that would obey God over men…!

About time! 90 is a start! Let’s start obeying God, not man!! Believe me, it was a trial run and we failed the test miserably!

Good!! We have the right to worship Almighty God and not their vile satanic filth!! And further more they had better back off on attacking our children with their satanic filth and trying to take them to hell with them!!!! GOD IS IN CONTROL AND HE WILL STOP THEM!!!!!!!

BRING BACK AND BRING ON THE BLACK ROBES !