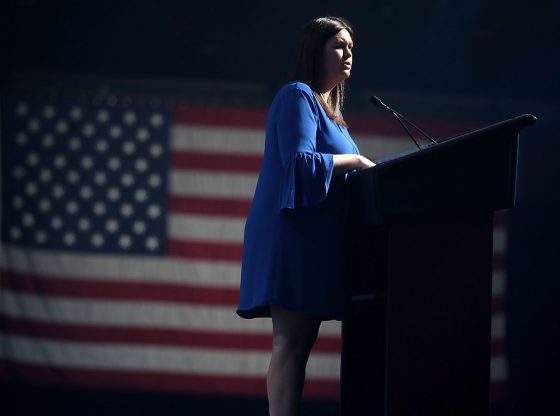 “Today, I underwent a successful surgery to remove my thyroid and surrounding lymph nodes and by the grace of God I am now cancer-free,” she said.

In a statement, she said that at a checkup earlier this month, her doctor ordered a biopsy “on an area of concern in my neck and the test revealed that I had thyroid cancer.”

She went on to thank “the Arkansas doctors and nurses for their world-class care, as well as my family and friends for their love, prayers, and support.”

“I look forward to returning to the campaign trail soon,” she said. “This experience has been a reminder that whatever battle you may be facing, don’t lose heart. As governor, I will never quit fighting for the people of our great state.”

The former White House press secretary is the daughter of former Arkansas Gov. Mike Huckabee. The gubernatorial race is rated “solid Republican” by political experts. She is endorsed by President Trump.

May God bless you and keep you well.