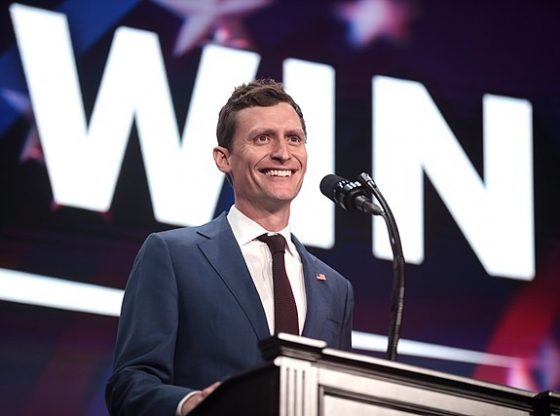 GOP U.S. Senate nominee Blake Masters of Arizona recently ripped Sen. Mark Kelly (D-AZ) to shreds on the debate stage Thursday night. Masters destroyed Kelly on the border issue, inflation, abortion, and big tech censorship. Breitbart reported Masters’ performance as a “clear-cut victory.” The youthful Republican is in a neck-and-neck fight against Kelly, who was only elected in 2020 during a special election.

Regarding the border, Masters said Democrats “don’t believe in our national sovereignty because they’ve turned over the entire border zone to Mexican drug cartels, and it is killing people. It is killing Arizonans, it’s ruining our state, it’s ruining our country. He’s not doing a darn thing to stop it. And the border patrol understands this.”

On abortion, Masters did not hold back in attacking Kelly’s abortion up-to-birth policies and support. He said, “I’m pro-life and that means I believe in limits. Now, I support exceptions because I don’t believe in being extreme on this issue. Senator Mark Kelly is the abortion radical. Senator Kelly in Washington, he voted for – no actually he sponsored, he didn’t just vote for it – he sponsored a bill that would have mandated legal abortion nationwide–get this–up until the moment of birth. Take a second to think about how truly radical that is. Mark Kelly says any abortion is okay for any reason all the way up until the moment a baby is due to be born. He wasn’t the only radical who voted for that bill. He was joined by Elizabeth Warren, by Bernie Sanders, AOC voted for this in the house. And the only countries in the whole world that support Senator Kelly’s preferred no-limits extreme abortion policy are China and North Korea. So no, I‘m pro-life, I believe in limits, I think we should be more like, I don’t know, how about every other civilized country in the world?”

.@bgmasters: "[Mark Kelly] sponsored a bill that would've mandated legal abortion nationwide — get this — up until the moment of birth."

"The only country in the whole world that support Sen. Kelly's preferred no limits, extreme abortion policy are China and North Korea." pic.twitter.com/Hf0AvvsKS2

On the issue of Big Tech censorship, Masters said, “I suspect President Trump would be in the White House today if big tech and big media and the FBI didn’t work together to put the thumb on the scale to get Joe Biden in there.”

Regarding the issue of inflation, Masters said, “Two years ago, inflation was 1.5 percent. Now in the greater Phoenix metro-area, we are suffering from the worst inflation at 13 percent.  Joe Biden’s policies caused this, and those are policies that Mark Kelly in Washington has supported every single time.”

HOW? Can there be NO COMMENTS? WTF?

You go, Blake! We’ve got to protect innocent life.