Rep. Paulina Luna Flips Her Vote To McCarthy – But There’s A Catch

Rep. Paulina Luna Flips Her Vote To McCarthy – But There’s A Catch 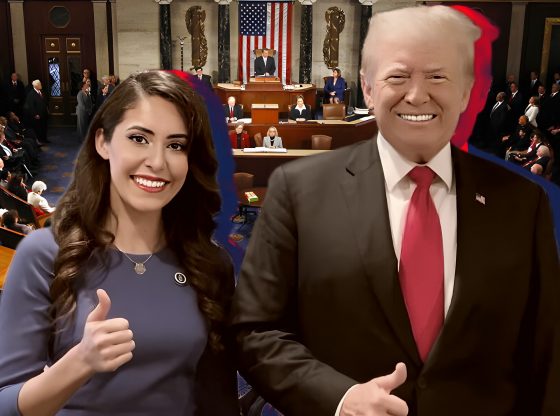 As Kevin McCarthy edges closer to gaining enough votes to secure his seat as Speaker of the House, Trump-backed (FL-R) Rep. Paulina Luna decided after four days of voting to finally vote for McCarthy, however, there’s a catch.

Luna decided to vote for McCarthy on the condition that the Republicans finally get their opportunity to properly look into January 6th, as reported by Jack Posobiec. Luna does so on the second anniversary of the media’s favorite talking point in recent memory.

BREAKING: Anna Paulina Luna flips her vote to McCarthy and calls for a full investigation into what really happened on J6

While McCarthy may not be who the Freedom Caucus Republicans were looking for when it comes to filling the role of Speaker of the House, he is the most likely option as no other Republican has massed anywhere near 200 votes, and there are none speculated to reach the necessary number of 218 votes other than McCarthy. So, rather than keep this game of endlessly stalling McCarthy going, it’s possible that McCarthy may need to keep his ears open, and actually negotiate with members of the Freedom Caucus so both sides can win.

If the investigation can begin, House Republicans can finally look into the seemingly unjust killing of Ashli Babbit by Capitol Hill Sargent Police Officer Mike Byrd, as well as look into Ray Epps and his alleged connections with federal agencies as he was caught on video attempting to turn a peaceful protest into a riot. In the 845-page final report of January 6th by the January 6th committee, Donald Trump, who hasn’t been proven to have any connection with protestors storming the Capitol, was mentioned a total of 4,207 times, meanwhile, Ray Epps was mentioned 0 times.

Trump Vows Put His Foot Down On Cartels – Will Deploy U.S. Special Forces
Two Years Since Jan. 6: What Are Trump’s Chances In 2024?