Trump Vows Put His Foot Down On Cartels – Will Deploy U.S. Special Forces

Trump Vows Put His Foot Down On Cartels – Will Deploy U.S. Special Forces 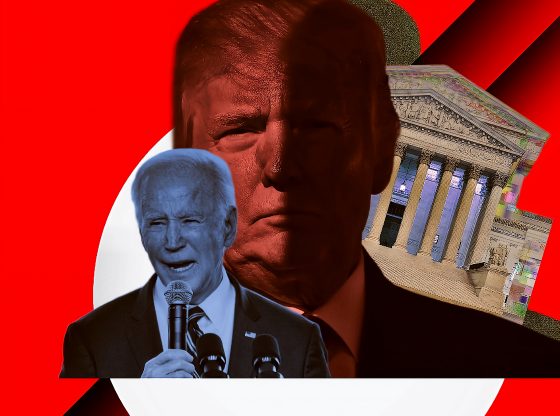 “Joe Biden has sided against the United States and with the cartels,” adding, “Biden’s open border policies are a deadly betrayal of our nation.”

Trump then looked to 2024, saying, “When I am president, it will be the policy of the United States to take down the cartels, just as we took down ISIS and the ISIS caliphate – and just as, unlike the situation we are in today, we had a very, very strong border,”

Trump then went on to explain that during his Presidency, he oversaw the “strongest border… in the history of our country.”

This comes at a time when our crisis at the border is reaching unprecedented numbers of illegal immigrants entering, and with that comes record levels of drugs entering the border, such as Fentanyl. There have been a record-high 2.4 million encounters on the border in 2022 alone.

Opiates, and Fentanyl specifically, have caused havoc on Americans for decades. Since the opiate epidemic, the problem has only grown and manifested into new ways of having opiates, such as Fentanyl. According to the CDC, Fentanyl is the leading cause of death in Americans aged 18-45, killing over 150 Americans a day. Cartels are also known to bring in multiple other types of illegal drugs, however, perhaps the most dangerous part of the drugs coming in from across the border is their tendency to mix substances with Fentanyl, which can kill someone who has no tolerance for the drug almost instantly.

President Biden has stated that he has “intentions” of visiting the border, however, it has been two years since President Biden entered office and he still has not seen the border in person during that time. Vice President Kamala Harris, who serves as the border Czar for the Biden Administration, has also been criticized for not going to the border until June of 2021, and outside of her lone trip to the border, she infamously told Central Americans “do not come,” which of course was mocked due to not helping the crisis at the border whatsoever.

George Santos, a Child of Woke America
Rep. Paulina Luna Flips Her Vote To McCarthy – But There’s A Catch