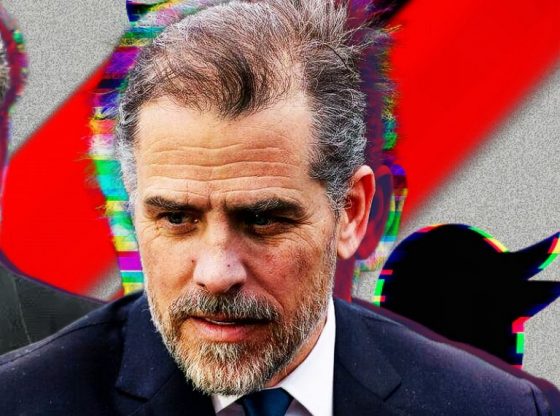 Douglas Wise, a former Defense Intelligence Agency deputy director and former senior CIA operations officer, was one of the over 50 different intelligence officials who claimed the content in the Hunter Biden laptop story prior to the 2020 U.S. Presidential Election was part of a “Russian information operation.” Wise and the over 50 different signatories claimed that the story initially published in 2020 by The New York Post “has all the classic earmarks of a Russian information operation.”

Wise would go on to have an interview with The Australian this week, where he told them:

“All of us figured that a significant portion of that content had to be real to make any Russian disinformation credible,” adding he had “no surprise” that The New York Posts story, as well as the emails, were largely genuine.

In 2020, multiple left-wing signatories were among those who signed the open letter claiming the 2020 Hunter Biden email story was Russian disinformation, including multiple guest speakers on MSNBC and CNN, such as John Brennan, James Clapper, and Michael Hayden.

“All of us have an understanding of the wide range of Russian overt and covert activities that undermine US national security, with some of us knowing Russian behavior intimately, as we worked to defend our nation against it for a career… Perhaps most important, each of us believes deeply that American citizens should determine the outcome of elections, not foreign governments.”

“It is for all these reasons that we write to say that the arrival on the US political scene of emails purportedly belonging to Vice President Biden’s son Hunter, much of it related to his time serving on the Board of the Ukrainian gas company Burisma, has all the classic earmarks of a Russian information operation.”

This gave the media an excuse to not discuss the Hunter Biden laptop, because they received conflicting reports about its legitimacy, however, the source of the counter-narrative, Wise along the over 50 signatories, are the source of the information they knew to be false.

While were used to a member of the media lying, or other political figures lying or withholding information, Wise was not just a guest on MSNBC or CNN, he was a Defense Intelligence Agency deputy director and former senior CIA operations officer who had a role to serve in intelligence defense, not perverse the election for Joe Biden by lying to the media for his son.