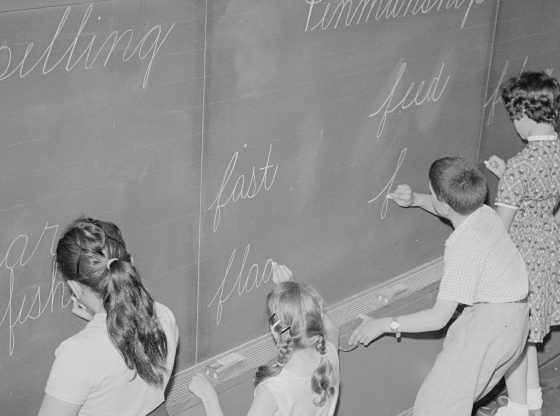 An education group promoted by the Biden administration hopes that it can scare educators into their woke form of teaching. The Abolitionist Teaching Network closely follows Critical race Theory without specifically referencing it, often telling people to challenge their “whiteness” and claims that schools are currently working directly against Black, Brown, and Indigenous children.

Co-founder Bettina Love recently said that she hoped the organization would be “feared” throughout school networks as the group aims to reimagine education for children.

The network “is dedicated to not creating new schools or reimagining schools, but destroying schools that do nothing but harm Black and brown children,” co-founder Bettina Love said during a welcome webinar.

“If you don’t recognize that White supremacy is in everything we do, then we got a problem,” Love, who also chairs the board of directors, said. “I want us to be feared.”

“Spirit murder” is “a slow death, a death of the spirit, a death that is built on racism and intended to reduce, humiliate, and destroy people of color,” Love wrote in a 2019 article.

Wants to be feared?? I wonder if she’ll suggest her group wears robes and hoods too? I guess history wasn’t Bettina’s favorite subject.

I do not fear them! I HATE what they stand for. I lived through the marches for equality, I watched with horror when a black student needed to be escorted into a school to take her rightful place in a school to further her education. THAT should never have taken so long. We are not a perfect country, but by goodness we are better than any other country on this planet. No child should suffer because of something they cannot change, the color of their skin. White children should not be made to feel inferior nor should black and brown kids be made to think they cannot succeed no matter how hard they try. These people are just plan disgusting socialist/communist bigots. Any teacher teaching this manure should be fired on the spot and lose their certification. I worked in education for 31 years before retiring. My children were every flavor of humanity and I didn’t expect more from one flavor than from another. Like raising my own children, one set of rules and everyone best get used to them. I worked with special needs kids and those were the only ones that were expected to work to the best of their abilities. Every kid in my classroom knew they were loved. I am so happy that parents are standing up and fighting this kind of racism. DISGUSTING HUMAN BEINGS AND DO NOT DESERVE THE TITILE OF TEACHER.

THE ONLY THING THAT COMMIE! BY! DUNG SHOULD FEAR? THE SH#T! STORM! THAT WILL BE COMING HIS WAY IN 2022! WHEN FIGHT BACK AGAINST DICTATING! BS!

This crap will be fought in the streets if necessary. Marl My Words.

This needs to be stopped immediately because they are teaching racism , defund them now or fire after one word about praising CRT from the mouth . This is anti American

They better fear the Majority! The true cause of racism is the negative behavior in Not compliance to normal living like every other race, racism has followed a certain race since a long , long time and the reason of it truth hurts! The anti-American democrats, rhinos pay the medias for hate and division of America, to cause civil unrest and the promotion of racism to push certain anti-American agendas and they know the easiest targets are the ones complaining and targeted about racism , they are the easiest to manipulate and control by democrats and their use of the medias. So people Stop giving the medias reasons to cause civil unrest and the promotion of racism! The medias love doing this because they do it for ratings and profits! What minority race do the majority in crime in getting over on someone or something?, what race needs help guidance and help in every category possible more than any other race?!.

like most democrats, Love got that wrong….she should be scared of the parents and taxpayers who pay the salaries of teachers, school boards, etc across this country….we will not tolerate people like her who promotes hate, racism, violence….

Well Bettina, it ain’t working..I’m not afraid of you, or BLM, or any other racist group.

Maybe you should be teaching the children of color some self respect and responsibility. They will be better able to take on the world with a stable home life. The absence of the black parents is what is keeping them down. How can a single mother with children to rise up and succeed? Failure is almost certain. What a shame to continue this system. My parents weren’t wealthy. They were together and united in their responsibility to raise us. This has to start somewhere. Nuff’said.

This is proof that real idiots are among us….they look and act like most of us, but haven’t had an intelligent thought since I can’t imagine when. They are clearly not from here.

This is the communist black version of the KKK.

NOTHING ” wrong” about my God-given “whiteness”! What IS “wrong” is the supremacist hate being spewed as “anti-racism”; it’s the very antithesis of what it purports to be, & must be opposed by all Americans, lest we fall into the trap of that hate, those desire to teach & impose on our nation! This can only hurt us all, in the long run.

What a vile twisted godless b itch, hated maybe but certainly NOT feared. Love good hate evil. This nasty thing is evil!

Are you kidding me…it’s the other way around. They need to fear the real Americans that won’t put up with this crap..

Reimagine education?
The universities have turned out a generation of Marxists and it didn’t start in college.

With such leaders, privatization is the only solution to our rapidly collapsing public education system. Must move faster.

This group like BLM/ANTIFA and others needs to be declared DOMESTIC TERRORIST! The Federal Government needs to start doing their job or there will be no United States within the next few years. This division that they are creating and the Democrats are creating needs to STOP!

This disgusting group is promoting maxiimum child molestation mentally by teaching CRT, faux 1619 Project and LGBT propaganda and brainwashing about how great the transgender WAR on 165 million American females is. Get lost or get sued.

Or U may be dead your call

Whom do people think they are to disapprove the way in which God made them? Of course, there are those who don’t believe in God, to their own future regret. It’s interesting that all of this political play comes from those who imported and enslaved blacks to begin with, who established Planned Parenthood and other abortion organizations with the aim of destroying the blacks, who viciously fought to keep blacks from having the power to vote, who required them to sit in the “back of the bus,” who even now supports BLM which has done more damage against blacks than one could imagine, and more!
This is how they seek to assuage their own guilt while ignoring the God who created them. Not they espouse CRT with the aim of blaming everyone else instead of themselves while seeking to destroy the country that gave them the freedoms to allow them such horrible behavior. Quite an oxymoron, isn’t it?!?!

Brain dead communists, give them a payoff and they will sell our country to the Chinese, along with sleepy joe!