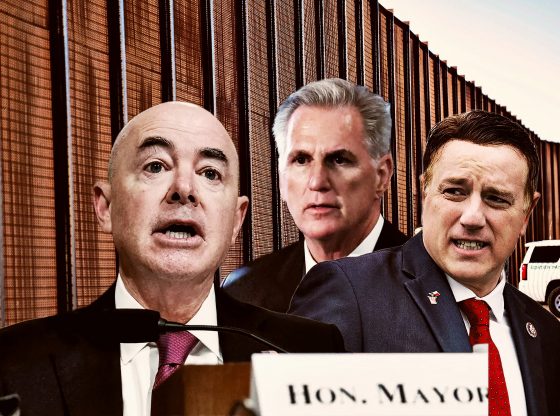 Rep. Pat Fallon (R-TX) has filed impeachment articles against Homeland Security Secretary Alejandro Mayorkas for ‘undermining’ and ‘willfully eroding’ our immigration system at the southern border. This is a promise that Rep. Fallon made before being sworn in, and nearly immediately he’s holding true to his promise. The articles pertaining to the impeachment of Mayorkas have been sent to the House Judiciary Committee.

“Since day one, Secretary Mayorkas’ policies have undermined law enforcement activities at our southern border,” Fallon said in a statement to Fox News last week. “From perjuring himself before Congress about maintaining operational control of the border to the infamous ‘whip-gate’ slander against our border patrol agents, Secretary Mayorkas has proven time and time again that he is unfit to lead the Department of Homeland Security.”

“His willful actions have eroded our immigration system, undermined border patrol morale, and jeopardized American national security. He has violated the law and it is time for him to go,” Fallon added.

House Speaker Rep. Kevin McCarthy has also backed the move by Rep. Fallon, as he has also called for Mayorkas to resign following a trip to El Paso in 2021 to see the southern border for himself. Upon seeing the border, McCarthy called on Mayorkas to resign over his handling of securing the border and his handling of the migrant crisis largely flowing in from the border than Mayorkas is supposed to be securing. Following his trip to El Paso, McCarthy said:

“If Secretary Mayorkas does not resign, House Republicans will investigate every order, every action and every failure and will determine whether we can begin impeachment inquiry,”

Mayorkas refused to comment on McCarthy’s comments that he should resign, stating “I’ve got a lot of work to do, and we’re going to do it.” Mayorkas then discussed what turned out to be President Biden’s photo-op at the southern border. Of course, neither Biden nor Mayorkas accomplished anything with this photo-op other than having the ability to say they’ve seen the border in person in 2023, and neither Biden nor Mayorkas have laid out new plans on how to combat the security of the border.