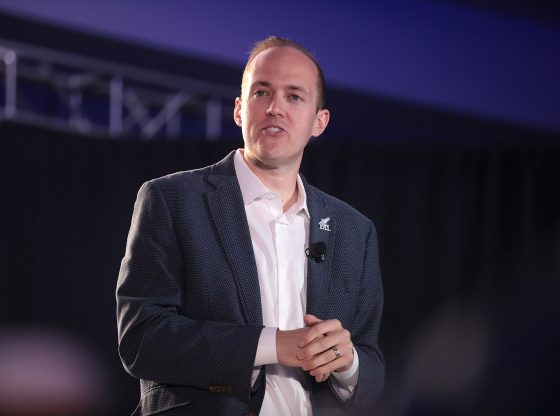 Young Americans for Liberty, led by President Cliff Maloney, are quietly poised to change the conservative movement’s trajectory through their commitment to the necessary planning to win political campaigns.

It may not seem glamorous, but more often than not, campaigns are won or lost on the effectiveness of both sides’ voter targeting and turnout operations.

As the adage goes, “soldiers dream of strategy, generals do logistics.”

With that mindset, Maloney has orchestrated a nationwide door-knocking campaign (the gold standard for voter contacts) on behalf of liberty-minded conservatives at the state level. The victories of state representatives and senators won’t make national news. But that’s not the point, for those overlooked officials will join the farm team YAL has already started building.

In years to come, they’ll win statewide and federal elections to help overcome Democrats hellbent on raising taxes on hardworking Americans, imposing unconstitutional mandates on the issue du jour, and fighting to ensure the Republican Party lives by the axiom, “government is best which governs least.”

.@YALiberty‘s message on the national stage

The fight continues with less than one month to Election Day. Rest assured, Maloney isn’t letting the pressure up.

How can we defeat a party that is based solely on lies. Every conservative in this country sees the truth behind every one of their lies and false claims. What happens when the socialists are able to steal the November election. How can they justify someone like Biden in his dim-cap state? Here’s how…it’s really quite simple. All along this campaign the polls are in favor of Biden… so ‘they’ claim. So, when he takes the election in Nov. their defense will be….’Well, he did lead in all the polls.”…..End of story…and this country…..

BIDEN IS A FROG FACED CRIMINAL ALONG WITH HIS WHOLE FAMILY. HIA NIECE CHARGED 137 THOUSAND DOLLARS ON A STOLEN CREDIT AND THE CROOKED JUDGE LET HER WALK HIS BROTHER FRANK WAS CHARGED WITH DRUNK DRIVING AND NOT HAVING A LICENSE, ANOTHER BROTHER WAS CHARGED WITH STUFFING VIDEOS DOWN HIS PANTS IN A VIDEO STORE ANOTHER CROOKED JUDGE LET THEM WALK. IF THAT WERE YOU OR I WE WOULD BE SITTING IN JAIL FOR A HUNDRED YEARS. AND THAT IS WHAT THE DEMOCRATS WANT TO PUT IN OFFICE SO HE CAN ROB THE WHOLE COUNTRY AND NO ONE TO STOP HIM. TRUMP 2020 GET OUT AND VOTE AND NOT FOR BIDEN

It will only be a landslide if we all get out and vote.

Early voting starts tomorrow in TX. I will be voting for Trump tomorrow morning.

I live in NJ and am afraid my vote will somehow get tossed as many will.

Already voted early. Hope my ballot is counted…. I do live in the Peoples Republic of Chicago!
Go Mr. President the swamp does not want to hear you are going to have another record tax cut.
All my fellow Americans that love this country… It is too important.. Lets get the Marxist and Socialist out of town.

We Americans must unite and neutralize our enemies.