Home /Administration, Guns/Biden and His ATF Director Want to Ban These 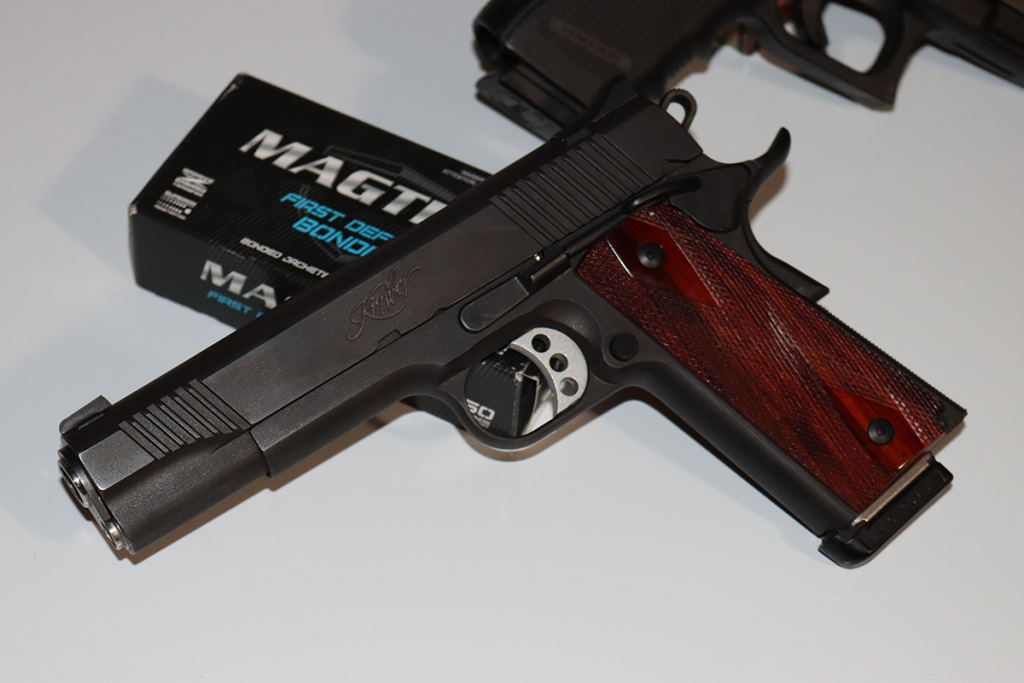 When President Biden announced Chipman’s nomination he also announced a string of orders aimed at eventually enacting stricter gun laws one of which is the ban of ghost guns. A ghost gun is a term typically applied to homemade firearms which can be seen as a way to protect the privacy of the owner as some of the assembled devices lack serial numbers. Chipman has also advocated for an end to ghost guns.

President Biden introduced an order to stop the proliferation of ghost guns. According to a fact sheet provided by the White House, the Justice Department will be responsible for issuing a proposal to help stop the rise of ghost guns within 30 days.

‘The View’ Host Wants to…

Beto O’Rourke Is Coming For…

It doesn’t matter to me what Biden and his ATF flunky want to do. What matters is what they can do legally, and this desire of theirs is outside their legal authority. Therefore they can pound sand for all I care.

So are you saying that he legally won the presidency? I don’t believe he did but nothing is or will be done about it so why do you think he can’t do anything about AR15’s? If they can push it through the house and senate it is a done deal. I pray that won’t happen.

assault rifles??? no such thing an AR-15 is just a semi-auto rifle.

We all need to tell Brain dead Joe and his useful idiot Chipman to take a hike.

Off a short peer

Hey (Not my president} Joe. How do you plan on enforcing your stupid laws?

If Joe decides to do away with all the hardware listed, he should keep in mind the motto of all single shot riflemen…One shot, One kill.

Hidenbiden and his flunkies can ban everything they want, but no one is giving up their self protection, no matter what he does. Most of what he is trying to get away with, won’t fly anyway. He can stick his EO where the sun doesn’t shine, his unconstitutional orders and bans won’t go anywhere.The guys a joke, and unfit to be giving any orders of any kind.

Wow i have a novil thought. Just ban ant and all people with any mental health problems from owning firearms! I have never seen, nor heard of a gun going out and killing anybody by themselves!

Just sign the GD bill Joe, stop being a scared pos and sign the damn bill, dispatch what ever storm troopers you got and COME AND TAKE THEM. It’s just that easy. Oh, all but the third part. But it’s all good the gators in this area have to eat to. Shut the fuck up and COME GET YOU SOME.

These two Bozos can drop dead. We The People will never be disarmed, controlled, or regulated. We defeated the king of England and we will defeat communist Biden.

Remove Biden and all will be well! We can surely replace him with someone far more attuned to what’s needed by and for all in America!

Joe Biden should pay as much attention to his own presidency as he does looking back over his shoulder to find fault with Trump’s.

If Democrats really want to reduce mass shooting, all they need to do is ban registered Democrats from buying guns.

Washington is skirred (spelling intended) of the electorate, therefore all these antics to disarm us all. We’ll see how our side holds the line???
The Constitution is CRYSTAL CLEAR on this issue. Doesn’t stop the left.

Ok MODERATORS. What the heck????
Why do you always hold my comments???
Release them now.

Hitler/Biden wants our guns to be “GONZO”! Hitler & Stalin did the same thing.Without “guns” “we” have no way to DEFEND ourselves! Antifa can have “LOTS” of guns & “nobody” questions “them”.. Stalin & Hitler did the same thing.! The “BROWN SHIRTS & “today’s” BLACK SHIRTS ARE the “equivocate of 1940″s BROWN SHIRTS!

The Founding Fathers knew well that if the populace could not defend themselves, only the tyrants and the criminals would possess guns. And also, what happens when you meet a wild, carnivorous animal coming for YOU? Do the math what happens next. Thus arose the Second Amendment.

chipping away at our freedoms one by one, dividing the country, killing the economy and over running this country with illegals spreading diseases with child and drug trafficking. When will this country WAKE UP

Biden needs to be impeached for his attack on the U.S. Constitution. He has continually failed his oath of office and should be removed from office along with all of his cabinet and his excuse for a vice president.